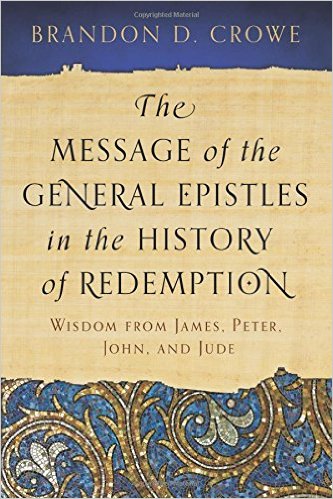 AS I READ THROUGH this book by my colleague, I was struck by how relevant the General Epistles are to our own day. In these New Testament letters, warnings abound against heresies and against enticements to immorality. In the first century, people rose up and claimed to be Christian but furnished various excuses for why it was all right to descend into immoralities. Excuses are still being manufactured today.

We need a book such as this one to remind us of principles of godliness. We need it all the more because some of the messages in the General Epistles are not only relevant but unpopular, given the atmosphere in the mainstream of modern Western cultures.

The modern atmosphere will tell us that love and tolerance unite us, while doctrine divides us. Attention to doctrine allegedly makes us “dogmatic.” Rejection of someone else’s views makes us “intolerant.” In contrast to this modern antipathy to truth, the General Epistles combat and denounce false doctrine in no uncertain terms. They tell us that sound doctrine is not optional but necessary, and that it is our duty as followers of Christ to reject the soul-destroying doctrines of heretics. They call us to commend true doctrine out of love for Christ and love for our fellow human beings, whose souls are in danger from heresy.

The modern atmosphere will also tell us that obeying biblical instructions for ethical behavior is “inhibiting” and “puritanical” and “oppressive.” Modern thinking alleges that when we teach biblical moral standards, we show ourselves not only to be behind the times, but to be destroyers of human flourishing—haters of the human race. We also hear voices and see practices within the Christian community that tell us not to teach or enforce certain moral standards—especially, it seems, in sexual ethics—because we will allegedly destroy bridges to pagans and opportunities to proclaim the gospel, and we ourselves will become legalists rather than proclaimers of free grace. By contrast, the General Epistles warn us vigorously against all kinds of libertinism and against all kinds of excuses for falling into the ways of the world.

Of course, as usual, there is a grain of truth to be found in accusations from the modern atmosphere. It is indeed possible to substitute legalism for the true gospel. It is likewise possible to quarrel continually about minor points in doctrine, and to conduct disputes in a spirit of pride and anger rather than love. We have all the more need for hearing and studying biblical instruction concerning true doctrine and false, and concerning true morality and false.

An author writing about the General Epistles confronts challenges. For one thing, these books of the New Testament form quite a diverse collection. They have a number of different human authors; they address a number of quite distinct situations; and their contents vary widely in topic. So digesting and applying them requires care. In addition, we face the fact that, along with the similarities between then and now, there are also dissimilarities. The situations differ. The heresies and temptations that confronted God’s people in the first century are not always identical with those today. Yet they are relevant to today.

My colleague Brandon Crowe is well qualified to lead readers through the ins and outs. God has gifted him as a teacher. He knows how to prioritize what is important. He explains the main themes of these letters simply and clearly. At the same time, he explains the contents of these letters in a way that draws our attention to their importance for our own day. I take pleasure in recommending this book to the public.