Presuppositional apologetics may be understood in the light of a distinction common in epistemology, or theory of knowledge. In any factual inquiry, it is important to distinguish between the ideas we have prior to the inquiry and those we gain in the course of the inquiry. No one, of course, embarks on an investigation with an empty mind. If indeed we had done no previous thinking, nothing would motivate us to seek further information.

Now, a process of inquiry often corrects ideas we held previously. But it is also true that our previous ideas often serve as assumptions governing the inquiry: defining the field of investigation, determining the methods of study, governing our understanding of what results are possible, thus limiting what conclusions may come from the study. So there is usually a dynamic interaction in any study between assumption and investigation: the investigation corrects and refines our assumptions, but the assumptions limit the investigation.

There are some kinds of assumptions we usually consider immune from revision. Among these are the basic laws of logic and mathematics: what factual discovery could possibly persuade us that 2 + 2 is not equal to 4? The same is true of basic ethical principles, especially those governing the inquiry itself: For example, no factual discovery could legitimately persuade a researcher to be less than honest in recording data.

What about religious faith, as an assumption governing human thought? Scripture teaches that believers in Christ know God in a supernatural way, with a certainty that transcends that obtainable by investigation. Jesus himself reveals the Father to those he chooses (Matt. 11:25-27). Believers know God’s mysteries by revelation of his Spirit, in words inspired by the Spirit, giving them “the mind of Christ” (1 Cor. 2:9-16, compare 2 Tim. 3:16). So, by believing in Jesus, they know that they have eternal life (1 John 5:7).

In many respects, this supernatural knowledge contradicts the claims of people who don’t know the true God. There is an opposition between the wisdom of God and the wisdom of the world (1 Cor. 1:18-2:16, 3:18-23). Wicked people (including all of us, apart from God’s grace) “suppress” the truth of God, exchanging it for a lie (Rom. 1:18, 25). The apostle Paul claims that his supernatural knowledge is powerful to “demolish arguments and every pretension that sets itself up against the knowledge of God” so that he can “take captive every thought to make it obedient to Christ” (2 Cor. 10:5). Spiritual warfare in Scripture, then, is intellectual as well as moral.

So when some claim that Christ will not return because “everything goes on as it has since the beginning of creation,” Peter opposes them, not by an empirical inquiry to ascertain the relative uniformity of physical law, but by citing the Word of God, his source of supernatural knowledge (2 Pet. 3:1-13).

The supernatural revelation of Scripture, therefore, is among the assumptions, what we may now call the presuppositions, that Christians bring to any intellectual inquiry. May a Christian revise those presuppositions in the course of an inquiry? He may certainly revise his understanding of those presuppositions by inquiring further into God’s revelation in Scripture and nature. But he may not abandon the authority of Scripture itself, as long as he believes that Scripture is God’s Word. God must prove true, though every man a liar (Rom. 3:4). Nor may he abandon the most fundamental truths of Scripture, such as the existence of God, the deity of Christ, and salvation by the shed blood of Jesus, without denying Christ himself.

Indeed, Christians believe that the very meaningfulness of rational discourse depends on God, as everything depends on God. Indeed, it is Christ “in whom all things hold together” (Col. 1:17) and “in whom are hid all the treasures of wisdom and knowledge” (Col. 2:3). It is the “fear of the Lord” that is “the beginning of knowledge” (Prov. 1:7) and “the beginning of wisdom” (Psm. 111:10, Prov. 9:10).

2. The problem of circularity

The presuppositionalist then faces the problem I mentioned earlier. If he proceeds from Christian presuppositions to Christian conclusions, how can his argument be persuasive to a non-Christian? And how can he avoid the charge of vicious circularity?

Presuppositionalists have given different answers to this question.

I would say that it is best for presuppositionalists to respond to the question of circularity as follows:

Van Til and those who closely follow him hold that apologetic argument must be transcendental. He also calls it “reasoning by presupposition” (Van Til, Defense, p. 99). A transcendental argument tries to show the conditions that make anything what it is, particularly the conditions or presuppositions necessary for rational thought. This understanding of apologetics underscores Van Til’s conviction that the Christian God is not merely another fact to be discovered alongside the ones we already know, but is the fact from whom all other facts derive their meaning and intelligibility.

Van Til was convinced that his transcendental argument was very different from traditional proofs for God’s existence and the usual treatments of the historical evidences for Christianity. He speaks of his argument as “indirect rather than direct” (Van Til, Defense, 100), as a reductio ad absurdum of the non-Christian’s position, rather than a direct proof of the Christian’s. He intends to show that the alternatives to Christian theism destroy all meaning and intelligibility, and, of course, that Christian theism establishes these. These statements, however, raise some questions:

Despite these difficulties, the presuppositional approach has these advantages: 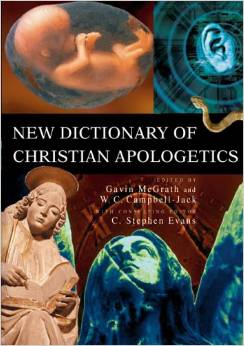